Kidepo Valley National Park is a 1,442 square kilometers (557 sq mi) national park in the Karamoja region in northeast Uganda. Kidepo is rugged savannah, dominated by the 2,750 metres (9,020 ft) Mount Morungole and transected by the Kidepo and Narus rivers.

The park is located approximately 520 kilometers (320 mi), by road, northeast of Kampala, Uganda’s capital and largest city. Its recommended that you go by air to this distant national park in Uganda. 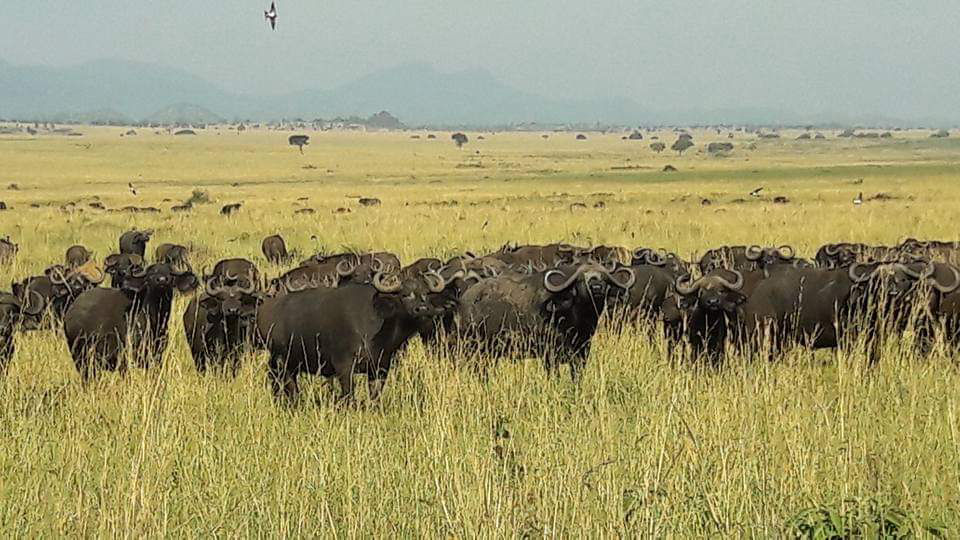 Gazetted as a national park in 1962, it has a profusion of big game and hosts over 77 mammal species as well as around 475 bird species.

Kidepo is Uganda’s most isolated national park and also the most magnificent, for Kidepo ranks among Africa’s finest wildernesses. From Apoka in the heart of the park, a savannah landscape extends far beyond the gazetted area, towards horizons outlined by distant mountain ranges.

The local communities around the park include pastoral Karamojong people, similar to the Maasai of Kenya, and the IK, a hunter-gatherer tribe.

The park contains one of the most exciting faunas of any Ugandan national park. Along with the neighboring Karamoja region, it houses many species found nowhere else in Uganda, including the greater and lesser kudu, eland and cheetah. Carnivores here include the lion, leopard, spotted hyena and black-backed and side-striped jackals. Other large species regularly seen here are elephant, Burchell’s zebra, bushpig, warthog, Rothschild’s giraffe, Cape buffalo, bushbuck, bush duiker, Defassa waterbuck, Bohor reedbuck, Jackson’s hartebeest and Oribi.

The park boasts an extensive bird list of around 475 species, making it second only in Uganda to Queen Elizabeth National Park. A few species of note are the Ostrich, Kori Bustard and Karamoja Apalis.
Kidepo is notable for its birds of prey. Of the 56 species recorded, 14 – including Verreaux’s Eagle, Egyptian Vulture and Pygmy Falcon – are believed to be endemic to the Kidepo and Karamoja region. There has, however, been no comprehensive survey of birds in Kidepo and visitors stand a good chance of adding to the current list.
Access: Schedule Eagle Air flight once a week and charter flights, civil aviation manages an air strip 3km away form the park head quarters.